Cranes announce spring sowing and fall harvest. You can meet them in Ponidzie 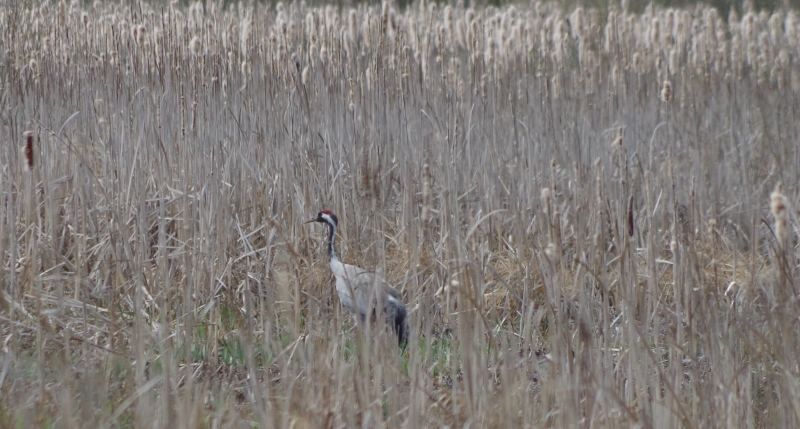 16 Feb Cranes announce spring sowing and fall harvest. You can meet them in Ponidzie

Cranes are one of the first birds that come to Poland in spring to spend the summer and raise their young. They most often appear from mid-February to mid-March, but have been known to be observed as early as January.

Marcin Słoma from the Świętokrzyskie and Nadnidziańskie Landscape Parks Complex informs that the cranes have been nesting in a small cluster of alders in the north-western part of the Nida floodplain in Umianowice for several years. Last year two breeding pairs of cranes were observed in Ponidzie.

– These are fairly large birds. They are about 120 cm tall. Their distinctive feature is a mating dance when they mate. The birds hop high with their wings outstretched and emit a loud voice called a clangor, he adds.

They make the same trumpet-like sound when flying.

They are extremely beautiful birds with a slender body. Bigger than a stork. Marcin Słoma reports that last year in May, one chick likely perished during a grassland fire.

– After the fire, one pair was seen with a chick, the other was seen alone – he points out.

They are mostly migratory birds. They feed among forests, on lakes and oxbows, in meadows and fields far from people.

– They migrate for the winter. The cold weather does not hurt them, but because of the snow cover, they cannot forage. The crane is a herbivore. It prefers seeds. They stop in fields, mainly where there is corn – he adds.

The crane is a valuable species. In Poland it is under strict species protection. It is also one of the characters in a poem by Jan Brzechwa. It has historically been associated with fidelity, wisdom, longevity and alertness. Today it announces spring sowing and fall harvest.

Link to the source material: https://m.radio.kielce.pl/pl/wiadomosci/zurawie-oznajmiaja-wiosenne-siewy-i-jesienne-zbiory-mozna-je-spo,121680?fbclid=IwAR3Bsx2UsM7ZedSzcQ27Cdf-cZUY-mzHFsAe25PPDLdMYJDriNRt_CPwY8A