It is the most beautiful fish of the Nida river. It also has an important function 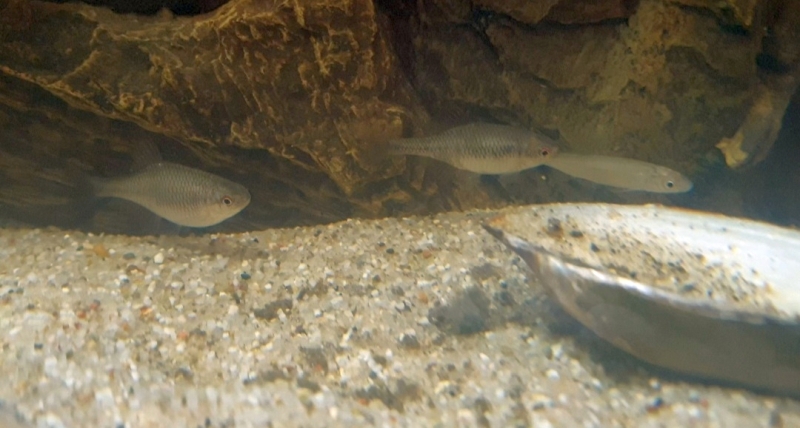 30 Dec It is the most beautiful fish of the Nida river. It also has an important function

It grows up to 11 centimeters and is the smallest carp in Europe. In the 1990s, scientists often found its presence in the Nida river. Unfortunately, the numbers of this species have been decreasing from year to year.

We are talking about the bitterling fish, described as the most beautiful fish of the Nida river. According to Marcin Słoma from the Świętokrzyskie and Nadnidzianskie Landscape Parks Complex, the presence of this fish in the water reservoir is closely related to the occurrence of mussels.

– It’s a very pretty fish, it often swims up to the water surface, sparkling with different colors in the sun. It also plays an important role. It is a carrier of mussel larvae, especially the thick shelled river mussel, which is a dying breed. In the past, the river mussel was still present in Nida on the Motkowice-Pińczów section, or in the old Nida. Currently, it no longer appears naturally in this section of the river, but is introduced within the project – he points out.

The bitterling fish also needs the company of mussels. Mainly during the reproductive period.

– Mussels are a sort of incubator for eggs and small fry for the bitterling fish. When the eggs mature, the fry are hatched and swim out of the mussels. It is a safe shelter for the eggs because of the river mussel’s shell – Marcin Słoma points out.

From the end of April to July the female lays 20 eggs. After 40 days fish are born, 8 mm in size.

The bitterling is a fish that lives in sunny places, heated parts of the river, often in slow flowing bends.

Unfortunately, as the pollution increases, mussels and bitterling fish disappear. The restoration of their populations became an element of the project of the Świętokrzyskie and Nadnidziańskie Landscape Parks Complex on the occasion of the reconstruction of the inland Nida delta near Umianowice.

The parks complex has acquired several dozen specimen of mussels and bitterlings, which are bred in special aquariums and then released.

An interesting fact is that during the mating season it is the easiest to distinguish between a male and a female. The male fins turn red and pink at that time. A characteristic stripe running through the center of the body also appears.