The whooper swan in Umianowice 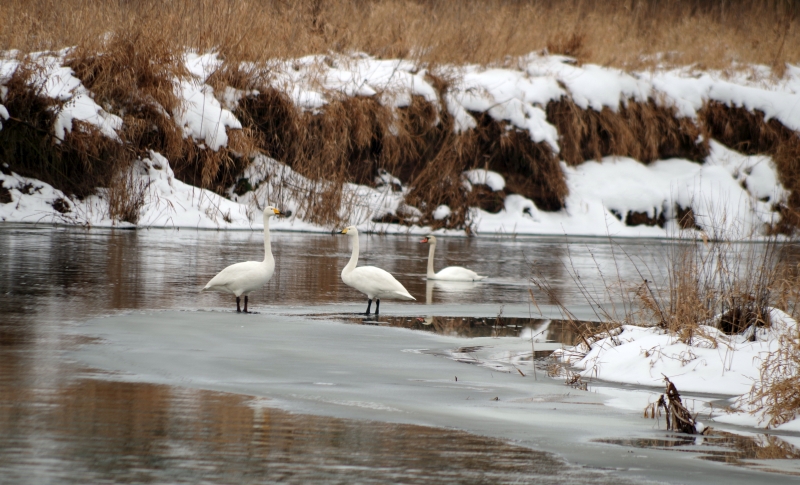 24 Feb The whooper swan in Umianowice

Posted at 09:14h in Aktualności by Milena Bilewska

Whooper swan is often seen in Poland during winter migration and wintering on open waters and slow-flowing parts of rivers. Last week our bird refuge specialist Marcin Słoma observed it on the Nida River, in Umianowice.

The whooper swan is nearly equal in size to the mute swan, a much more common swan, when it is swimming, its neck is not bent like a sigmoid. Its yellow beak has a black tip and the swan does not make its characteristic furling sound when flying. It is very similar to the tundra swan, whose black part of the beak reaches almost to the base, and which sometimes flies to Poland for wintering.

The first documented nesting in Poland took place in 1973, and currently the population in our country is only a few dozen pairs.