Turtles will return to the Nida River 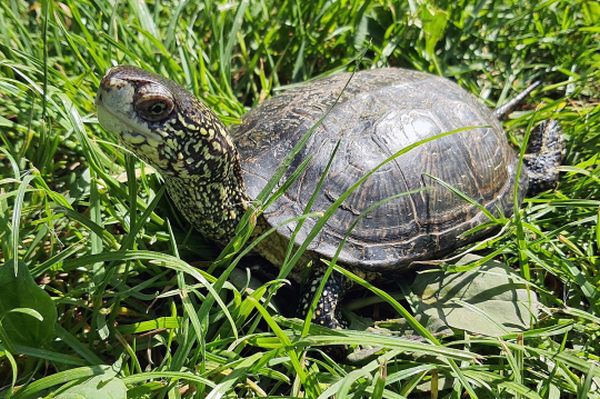 11 Aug Turtles will return to the Nida River

It used to be called the “whistler” or “iron frog”. Remarkably, it hasn’t changed its appearance in 200 million years, making it worthy of being called a relict. We are talking about the pond turtle – a predator that used to be found within the inland Nida delta. Unfortunately, intense human activity has meant that there is now no trace of it.

There are about 800 individuals in Poland. In contrast, there are 150 in zoos. In a hundred years, without active protection, it may become extinct, which is why the naturalists from the Life project decided to breed and reproduce it.

– One individual has already been obtained. Unfortunately, the animal is still too young and its gender is not known, informs Dariusz Wiech from The Complex of Świętokrzyskie and the Nida River Landscape Parks

Discussions are currently underway to acquire specimens from other Polish populations.

– In order for turtles to reproduce, the female must be approx. 10 years old, and the males even more. This process may take up to several years. The turtle lays 6 to 9 eggs, and their development takes approx. 100 days. After leaving the shell, the young are approx. 2.5 cm long and their armor is soft, he says.

He adds that the latest inventions, such as telemetry, are used to protect such rare species. As a result, every step of these predators is known.

– It consists in tracking animals equipped with radio transmitters. They are able to tell the animal’s location even during hibernation. The measurements are taken from a distance, so the animal can’t see or feel us and thus behaves naturally, he adds.

Dariusz Wiech adds that releasing reared turtles into the wild increases their chances of survival. The breeding should last 8 months, after which the turtles reach 5 cm.

An interesting fact is that females are heavier and larger than the male. They can be up to 25 cm and weigh approx. 1 kg.

In Poland, the pond turtle was placed under species protection only in 1935. Today it is listed in the Polish Red Book of Animals as a highly endangered species. It is worth adding that the young also fall prey to, among others, foxes, badgers, raccoons and ravens, because their carapace hardens only around 5. years of age.

The main cause of turtle extinction are invasive species of red-eared and yellow-eared turtles. Another threat is the increased traffic of cars, overgrowth of places, dunes, regulation of river banks. Among other things, the superstition that keeping a turtle in the barn ensures successful livestock breeding also contributed to the turtle’s extinction. This turtle was a delicacy and its blood served as an antidote against viper venom.

The pond turtle is a semi-terrestrial animal, but it hunts and feeds only under water. It is slow on land, but has well-developed senses. They can see from a distance of 50 m.

The team of the Complex of Świętokrzyskie and the Nida River Landscape Parks, on the occasion of the reconstruction of the inland Nida delta near Umianowice, decided to help other species, such as the fire-bellied toad and newts, in addition to turtles. Parks will acquire a few dozen individuals that will be bred in special aquariums and then released into the wild.