Children learned about the nature of Ponidzie 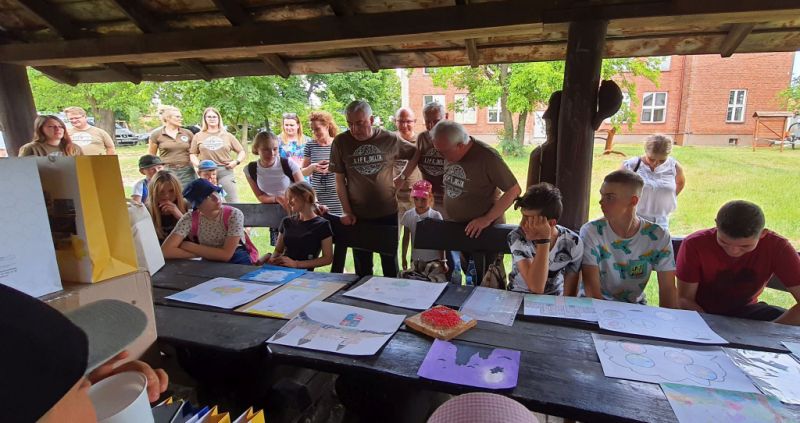 18 Jul Children learned about the nature of Ponidzie

In the center of natural education in Krzyżanowice Średni and in the inland delta of Nida Umianowice, educational workshops were held in which children from the primary school in Włoszczowice and the Administrative Center of Homes for Children and Youth in Łoniów took place. Marshal Andrzej Bętkowski, Marek Jońca, member of the Voivodship Board and Jacek Sułek, director of the Department of Investments and Development of the Marshal’s Office met with the children.

Educational workshops carried out as part of the Life For Delta project entitled Renaturation of the inland delta of the Nida River was aimed at introducing children to the issues related to the Nida River and valuable species of fauna and flora inhabiting the wetlands.

Participants of field activities in Umianowice, with a specialist from the Świętokrzyskie and Nadnidziańskie Landscape Parks Complex, conducted ornithological observations, discussed topics related to molluscs, amphibians and reptiles. In turn, in the nature education center in Krzyżanowice Średnie, lectures and art classes were conducted. The children had the opportunity to see the European pond turtle live – the only naturally occurring turtle in Poland. The classes were summarized during a board game made for the project.

The workshop ended with the visit of Marshal Andrzej Bętkowski, a member of the Voivodship Board, Marek Jońca, and the director of the Investments and Development Department of the Marshal’s Office, Jacek Sułek, who gave gifts to all participants. Children from the Administrative Center of Homes for Children and Youth in Łoniów were also awarded prizes for participating in a competition organized at the Center, concerning the values of the Świętokrzyskie Voivodeship and the impact of EU funds on its further development. The older children competed in a knowledge contest, while the younger ones prepared artwork. Three works were honored in each of the two age categories. The winners received awards and prizes, the remaining children received consolation prizes. 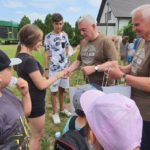