First boreholes for the installation of a piezometer 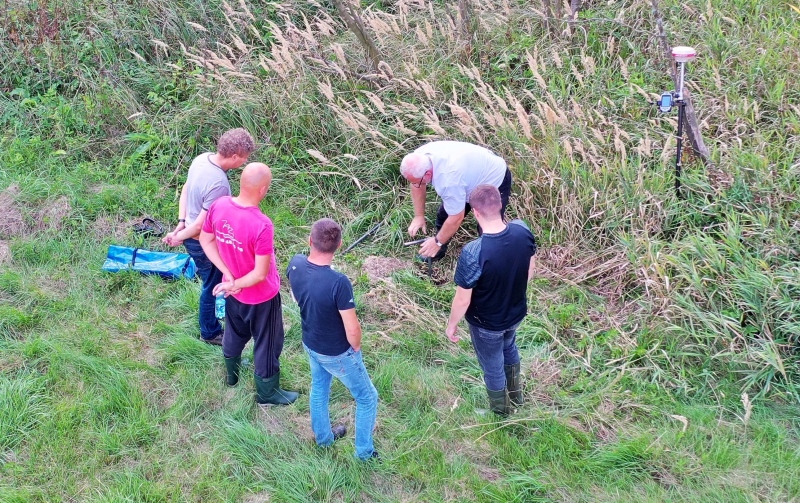 01 Oct First boreholes for the installation of a piezometer

Posted at 11:19h in Aktualności by Milena Bilewska

The meeting of teams implementing the Life4delta program which took place on 13 September 2019, despite the superstitious symbolism of bad luck associated with the date, proved to be fruitful. In the forest in Młodzawy, a team consisting of representatives of the University of Agriculture in Kraków and employees of the Complex of Świętokrzyskie and the Nida River Landscape Park commenced boring of the first borehole for the installation of a piezometer.

The test borehole, despite the struggle, was able to be bored so efficiently that it was considered as a permanent one. The first test reading was made, which indicated that the groundwater table was at a level of 1,32 m below ground level. Inspired by the success of the works carried out, the team went to the area of the Umianowice Delta.

After the boring site was selected and the coordinates of the borehole were added near the oxbow lakes of the Nida River, the boring was commenced. After an arduous boring using a manual auger, the working perforated pipe reached its target thill, making it possible to perform the first general measurement of the groundwater table as part of the project in this area. It was noted, to the satisfaction of the team members, that the water table was at a level of 1,37 m below ground level.

The field work ended with a debate on the direction and methods of further work. The exchange of observations on the bored holes will allow to develop an optimal way of boring and a network of characteristic points necessary to conduct monitoring. Another 38 will be made within them. In the nearest future, electronic recorders will be installed in the openings of piezometric wells, after these have been made, to examine changes in the groundwater table in the area covered by the Inland Delta of the Nida River restoration project. 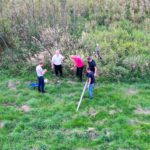 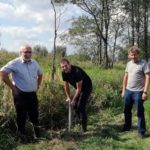 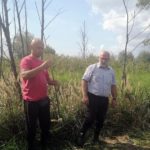 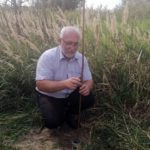 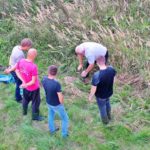 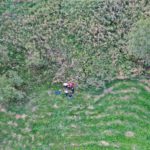