The Nida River – unique on a European scale 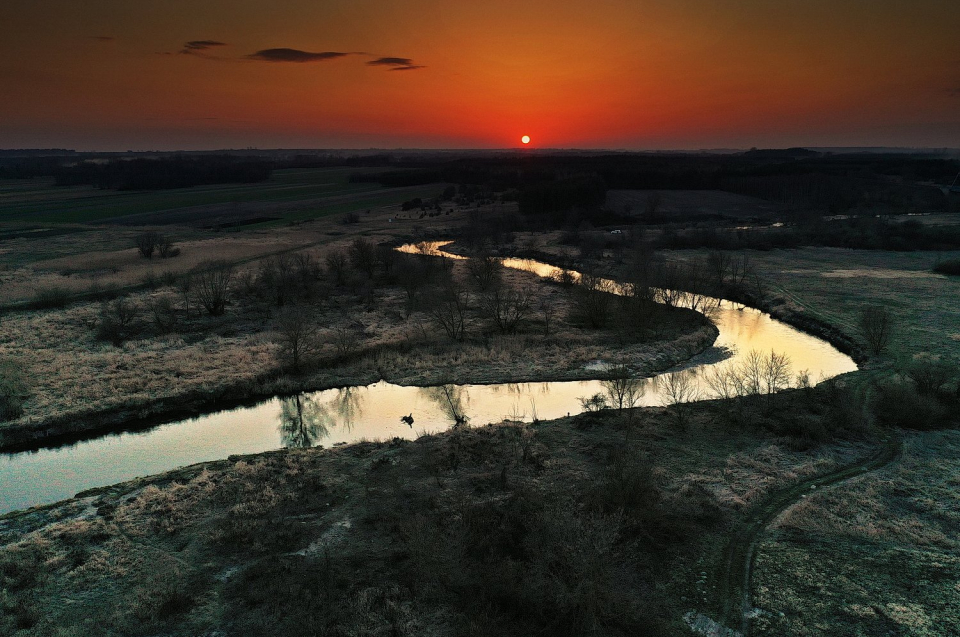 05 Jun The Nida River – unique on a European scale

The inland delta of the Nida River near the village of Umianowice in the municipality of Kije is unique on a European scale. There are only a few similar river deltas on the Old Continent. Hence the project “Renovation of the inland delta of the Nida River”, which aims to restore the unique natural values of the Nida and to protect endangered animal, bird and plant species. The project will be implemented by the end of 2024 on an area of about 400 ha in three municipalities: Kije, Pińczów and Imielno – Radio Kielce provides information about our project.

It is one of the largest rivers in the Świętokrzyskie Province and one of the warmest Polish rivers. It meanders and creates picturesque floodplains, and rare bird species find shelter within its area.

The Nida River is a left tributary of the Vistula River, into which it falls near Nowy Korczyn. It flows through, among others, Sobków, Motkowice, Pińczów and Wiślica. It emerges from the connection of the Biała and Czarna Nida Rivers (the total length of both rivers is 151 km; the Nida alone – 96.6 km) in Żerniki near Chęciny. Nida is a lowland river. Its maximum width is 79 meters, near Motkowice, and the depth is 2.6 meters. The Nida River is one of the warmest Polish rivers – water temperature in summer reaches even 27 Celsius degrees.

Between Motkowice and Skowronno, the Nida River creates a picturesque, inland delta. Floodplains, old river beds and watercourses form a specific ecosystem here. You can find here aquatic, peat and swamp-rushes vegetation with a number of rare and protected species. There are about 150 bird species here. The Nida River in this section is crossed by railway bridges, including narrow-gauge railway.