Unken reflex. The thick shelled river mussel and the lesser ramshorn are to return to Nida 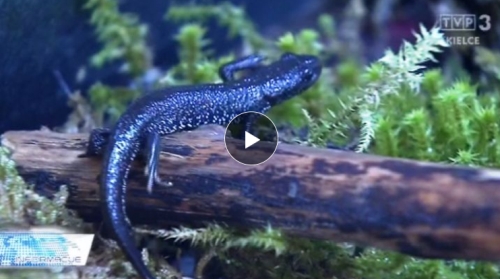 03 Dec Unken reflex. The thick shelled river mussel and the lesser ramshorn are to return to Nida

Already in spring, several hundred mussels – the thick shelled river mussels –will be brought to Nida. Amphibians will also appear in the river, which are currently bred in special containers in Krzyżanowice. The breeding is carried out by scientists from the Świętokrzyskie and Nadnidziańskie Landscape Parks Complex. The program, on which specialists work, is to restore the natural wealth of the Nida delta.

The thick shelled river mussel is extremely useful, that is why it is called a river cleaner. In the past, there were plenty of them in Nida, today there is no trace of them. – They are very sensitive, especially to spraying. That is, if someone over-fertilizes a meadow or a field, then unfortunately, there is an influence here – explains Dariusz Wiech from the ZŚiNPK.

It was intense human activity that made the mussels disappear. Now scientists from the Świętokrzyskie and Nadnidziańskie Landscape Parks want to restore the species. It is not easy, because the crustacean needs allies – fish – to reproduce. – In every such container you have to put one mussel, which would scatter its children, and five fish to take them, explains Dariusz Wiech.

And this is just the beginning, because the whole process will take several months.
Scientists are also working on returning the fire-bellied toad to nature, which is nowadays very rare. Once, just like clams, it used to appear in large numbers in Ponidzie. – It is a small but unusual amphibian – stresses Dariusz Wiech, a naturalist. – Nature has equipped it with a very interesting behavior – the unken reflex. The frightened toad falls on its back, shows its belly and starts moving its limbs. And the predator that attacks it is confused – adds Dariusz Wiech.

The “Life4Delta” program, which began in 2018, assumes not only the reproduction of endangered species such as newts or lesser ramshorns, but also the preparation of a place where they could live. – Until we prepare the environment, the habitats, we will not be able to introduce the species – explains Wojciech Sołtysiak from the ZŚiNPK.

The whole process can take years. For the time being, the program will run until 2024. – In active nature conservation, the most important thing is to maintain high biodiversity. The idea is to have as many different habitats as possible, a so-called mosaic of habitats. That is why we are trying to obtain different systematic groups of animals or plants – says Tomasz Hałatkiewicz, director of the Świętokrzyskie and Nadnidziańskie Landscape Parks Complex.

An are of over 20 square kilometers is put under special care. In the future, the scientists want to also restore the bird habitats in Ponidzie.

We invite you to watch the whole report on TVP Kielce’s website: https://kielce.tvp.pl/50565875/refleks-kumaka-nad-nide-maja-wrocic-skojka-gruboskorupowa-zatoczek-lamliwy-i-kropiatka