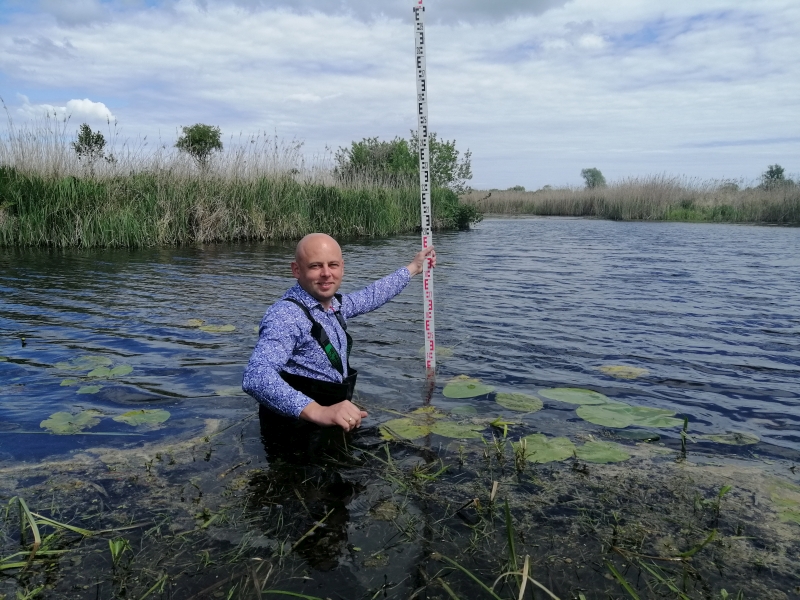 Posted at 07:41h in Aktualności by Milena Bilewska

The most valuable area of the hydrological system in our Project is Międzyrzecze, i.e. a large area of marshes contained in the fork of the Old Nida and the main Nida riverbed, which consisted of several dozen hectares of permanent floodplains, surrounded by marshy vegetation. After digging a ditch from the upper part of Stara Nida and draining all the water to Smuga, the area dried up completely and now there are no marshes there, which have existed there for 30 years. Umianowickie Flowage, located on the eastern side of the lower part of Stara Nida, has met a similar fate.

Last Tuesday our water protection specialist carried out a study on the shape of old river beds to assess the degree of silting in order to develop cross sections for the planned maintenance works in the area of the Umianowicka delta.

The project will restore water levels before the ditch, i.e. re-watering the lower areas with water from the Stara Nida riverbed.