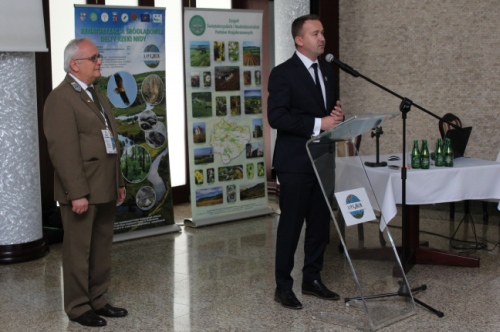 Cow grazing and a number of land reclamation works are aimed at restoring the former state of the inland delta of the Nida River. These are the main objectives of the new project, which is being implemented in the Ponidzie region by the Complex of Świętokrzyskie and the Nida River Landscape Parks (ZŚiNPK) — Radio Kielce informs about our project.
The institution has received several million dollars of funding under which cow grazing farms will be established on an area of about 400 hectares.

The project covers primarily a huge area of meadows in the vicinity of Umianowice in the Kije Commune. The aim of the project is to restore unique natural values within the inland delta of the Nida and to protect 100 hectares of riparian forests and birds in Młodzawy Duże in the Pińczów Commune. A lot of work will involve the restoration of oxbow lakes and natural water reservoirs, as well as the restoration of habitat conditions for endangered birds and other species under strict protection.

Tomasz Hałatkiewicz, Director of the Complex of Świętokrzyskie and the Nida River Landscape Park, stresses that it is extremely important to restore the original shape of the Nida River, which was damaged as a result of erroneous land development works carried out in the 1980s and 1990s.

— When the water comes back, reptiles, birds, amphibians and many other important and valuable species of plants and animals will return as well. These include snails, amphibians, fire-bellied toads, newts, pond turtles, white-tailed eagles, marsh harriers, ducks — Tomasz Hałatkiewicz says.