Flora of the Delta – black alder. 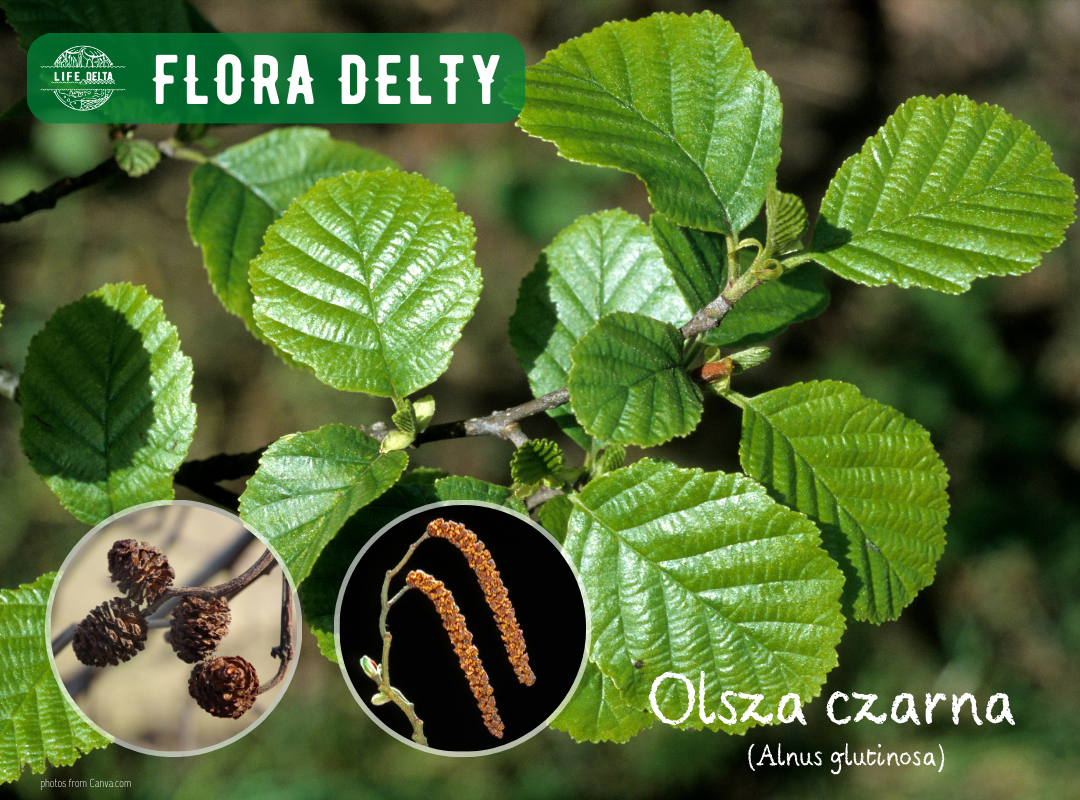 Posted at 10:44h in Aktualności by Robert Pisarczyk

Do you know what vegetation the Nida Delta is famous for?

and what are the dominant flora species in the area? As this is a very rich area in terms of nature, we would like to give you some insight into this topic. Starting today, we will present one of them once a week. First up is a tree that no wetland or river can do without, the black alder (Alnus glutinosa).

It is a species of fast-growing deciduous tree in the birch family. It is not very long-lived, reaching an age of about 100-150 years and bearing fruit for the first time at 20-30 years. Its most characteristic feature is the small, cone-shaped fruit set on stalks, which remains on the tree for several years. The cones only open after the first hard frost, releasing the reddish-brown pecans until early spring. The single-seeded fruit is very popular and eagerly eaten by birds, e.g. robins, which also disperse them over long distances.

Black alder is distinguished by its very dark, almost black bark – hence the name. Due to its brown colouring properties it was used in dyeing.

It is most often found in wetlands, along the banks of rivers, streams and various bodies of water. It is a very resistant species to flooding, and can survive up to 6 months a year in this condition. Its water-resistant wood, which decomposes very slowly in water and soil, was once used

Thanks to their tannin content, alder cones gently acidify and purify water when they fall into it. Interestingly, its wood is white, but after felling it turns bright red. Alder is a nesting ground for many bird species and is the dominant tree species in the delta.